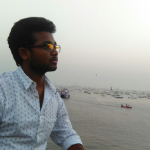 Looking around these developers, we BrainZ1 Techub initiated an event named “Dastan-ae-Developer”, where developers from different workplace everyone unknown to each other come together and speak up on their story. Dastan-ae-Developer was one of the best initiatives by us through which one confessed out his experience of his life.

Dastan-ae-developer is an open mic event where everyone came and could sing a song, recites poems and shayries or anything they could do. The open mic event had a great response from various people around. There are a lot of open mics around, but what was so special about Dastan-ae-developer? It is that it gives room for the developers to confess their heart out to developers only, audience feel the speaker the better way. We had a good response from best developers like Mr. Abhishek, Mr. Utkarsh, Mr. Nikunj and many more. We hope to see more of the developers in the next open mics. Next Article Felicitation of COVID Warriors by